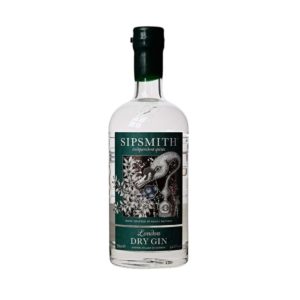 V.J.O.P. (which stands for Very Junipery Over Proof) is a spirit that’s designed for unabashed gin lovers. At the heart of this gin, Sipsmith is paying homage to the juniper berry: that incredible, resinous, piney ingredient without which gin simply couldn’t exist.

The head distiller Jared Brown has designed a way to make Sipsmith gin even more juniper-rich than it is normally. His pioneering three-part distillation process adds juniper to the spirit at different stages, including a maceration period, an extra addition of juniper to the pot still, and a final dose of vapour-infused juniper via a special Carter Head still. The result? A powerfully juniper-filled spirit that captures the very essence of the ingredient.

V.J.O.P. is additionally higher in alcohol than the Sipsmith London Dry Gin, which comes in at 41.6% ABV. This new, high-strength spirit balances the extra juniper additions with a heartier and richer base, at 57.7%.

Review from The Gin Is In: “Sipsmith’s V.J.O.P. Gin is a love song to juniper. It stands for “Very Junipery Over Proof.” The juniper is added in three different steps, to ensure maximum juniper flavor. It’s similarly constructed to Never Never Distilling’s beautiful Triple Juniper Gin; however, V.J.O.P. launched in 2013 and predates their gin by some bit.

Firstly, it is macerated in the neutral spirit. Then after that more juniper is put in the still while it distills. and wait, there’s more! Juniper is also put in a Carter Head for vapor infusion.

The botanical bill for V.J.O.P. Gin mirrors that of Sipsmith Gin before the extra juniper is added. It’s also bottled at 57.7% ABV (!) for that Navy Strength punch.

Unlike other single botanical juniper gins, this one is complex. V.J.O.P. celebrates juniper in combination with other botanicals.

Sipped is where V.J.O.P. shows its strength. Resiny with waxy facets, the juniper is up front and center. Rich and thick, it spreads across the entire palate. Angelica adds character to the back half of the juniper flavor. Towards the finish, there’s hints of citrus and licorice.

Although bottled at 57.7% ABV, V.J.O.P. Gin is surprisingly “not as hot” as you would expect. Certainly it does have an assertiveness to it; however, it’s not overwhelming. It’s more of a “warmth” in the belly heat than an aggressive burn.

Cocktails
For a long time, Plymouth’s Navy Strength was the bartender go-to for over proof gins. V.J.O.P. is the first gin that I think has a serious chance of dethroning the champ.

It’s perfectly balanced for a Negroni. It’s probably a bit too aggressive for a Martini— though the flavor is there— unless you opt for a high vermouth ratio, somewhere in the 3 parts gin to 2 parts vermouth area.

Where it really excels is in mixed drinks. It makes the best Last Word I’ve ever had. The juniper is just powerful enough to transform the drink into something else altogether. Other winners include the Leap Year Cocktail, The 20th Century or the Corpse Reviver #2. V.J.O.P. makes gin the star of whatever cocktail you put it in.

Some might say it throws off the balance of some of these drinks. While I hear where they’re coming from, fans of gin and juniper in general are going to love the way it shifts the balance towards the gin.

Overall, V.J.O.P.
Can’t you tell I’m in love? If you love juniper, than I think you will be too. 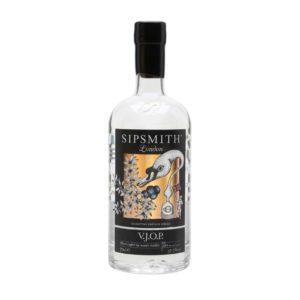 SIPSMITH VJOP GIN
$96.00 Add to cart
Delivery to over 78 Countries