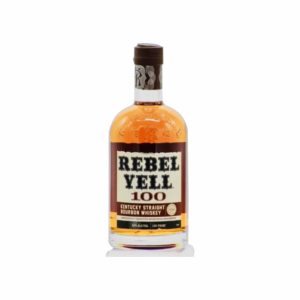 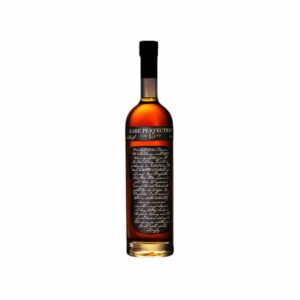 This is the new Rebel Yell Kentucky Straight Bourbon 100 proof. It’s the same recipe as the distillery’s standard 80-proof expression, just bottled at a higher ABV. According to the distillery’s tasting notes, it “features honey, vanilla and caramel notes followed by oaky tones and a deep, warm finish.”

“Our traditional 80 proof Rebel Yell is an approachable bourbon, softer on the palate than the new 100 proof Rebel Yell, which brings a bit more bite in the finish,” said head distiller John Rempe. “We wanted to offer consumers a higher proof option in this brand family, and this bourbon holds up well with balance of smoothness and flavor, whether providing fuller flavor in a cocktail or as a sipper.”

The original recipe for Rebel Yell dates back to 1849, when it was invented at what would later become the Stitzel-Weller Distillery. Although many famous bourbons were produced at the Stitzel-Weller Distillery (including Pappy Van Winkle), most shared one unique characteristic pioneered by William Laurel Weller himself — instead of rye, the bourbons used wheat as a secondary grain in their mashbill, lending a softer, smoother flavor to the whiskey.

In 1936, nearly a century after the original recipe was developed, former Louisville Mayor Charles F. Farnsley officially registered the “Rebel Yell” brand, distilling the bourbon limited batches for exclusive distribution in the southern United States. This practice lasted all the way into the 1980s, when the Stitzel-Weller Distillery was disbanded and Rebel Yell found its way into the hands of LUXCO Spirited Brands. Now, more than 150 years later, Rebel Yell is bridging the gap between its proud heritage and modern tastes, and is available nationwide for the first time in its history.

Rebel Yell Kentucky Straight Bourbon Whiskey is handcrafted according to the original, time-honored Rebel Yell recipe developed in 1849. As a result, the whiskey has a bold aroma of honey, butter and raisins, which leads to similar flavors on the palate, along with notes of ripe plums. The finish is semi-sweet, with a slight spiciness and hint of candy corn.