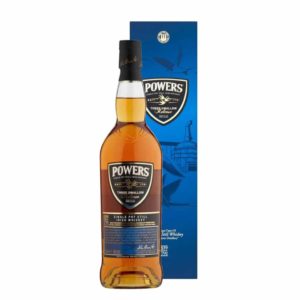 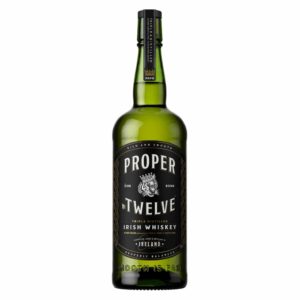 “A baking spiced aroma of barley and wild rice is pleasantly alluring. Soft with a touch of rich oiliness, flavors of just ripe mango mix with wood shavings and soft churned unsalted butter. The finish is spicy and creamy.” 92 Points, 2019 Ultimate Spirits Challenge

“Powers Three Swallow single pot still whiskey is made at the Midleton Distillery (owned by Pernod) in County Cork with a mash of malted and unmalted barley and triple distilled in copper pot stills. It starts aging in used bourbon barrels (2nd and 3rd fill), then finishes in ex-sherry casks. The whiskey’s official tasting notes are as follows:

At first sip, the initial taste delivers rich, smooth nutty flavors followed by a wave of green apple and citrus notes, with a touch of cedar wood for extra complexity. Spicy sweetness floats atop, balanced with a hint of sherry notes, leading to a crisp cereal finish with notes of tasted oak.

The name Three Swallow is a double entendre referring to several aspects of the brand’s history. “At POWERS’ original John’s Lane Distillery, the Power family coaches were stabled and each sent out with three coachmen,” according to those behind it. “On long journeys these men would bring a small flask of POWERS whiskey on their rides, with just enough liquid to give each man a good swallow, but not enough to interfere with his job.”

The other reference is to the migration of the Irish swallow, which signals the start of the distilling season in Ireland. Over the years, Powers has used the symbol of either two or three swallows to signify quality, with three indicating a better whiskey.” The Whiskey Wash