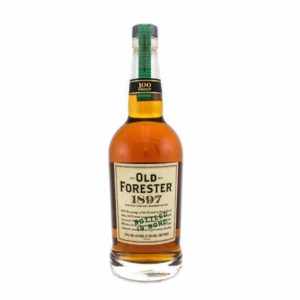 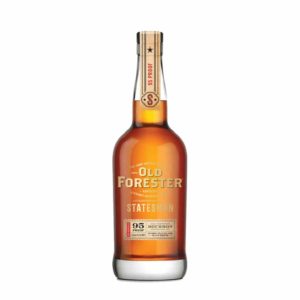 Enticing and layered nose of stone fruits, panettone cake, red pepper flake, and maple sugar candy. Brown sugar leads the charge on the palate, with ample body and spice notes bringing up the rear for a complete, complex whiskey that lingers on the tongue.” 93 Points 2017 Ultimate Spirits Challenge

From the Whiskey Wash:

“Brown-Forman’s latest release for the Whiskey Row Series, which honors Louisville’s famous whiskey complex of the same name, also pays homage to the period when not much whiskey was being made. Old Forester 1920 Prohibition Style bourbon (the subject of this review) joins two other previously released expressions in the series, 1897 Bottled in Bond and 1870 Original Batch.

To mimic what a barrel proof bourbon would have tasted like during prohibition, 1920 Prohibition Style bourbon is bottled at 115 proof. Why 115 proof? During Prohibition, whiskey was required to be bottled at 100 proof. To keep from adding too much water to the aged whiskey to proof it down to 100 proof, distillers also barreled whiskey around 100 proof. Brown-Forman (and probably master distiller Chris Morris) estimates that, with “angel’s share,” an aged bourbon would have been about 115 proof out of the barrel.