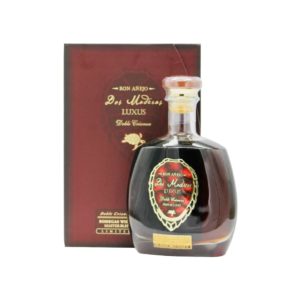 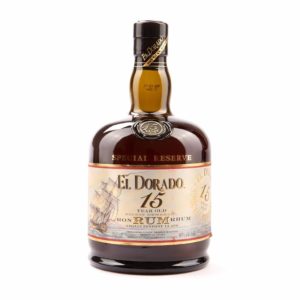 Old aged rum made with a triple process: the initial crianza stage and then two aging stages.

Founded in 1877 by two British brothers-in-law, Alexander Williams and Arthur Humbert, Willams & Humbert signature brands are Dry Sack Sherry, Gran Duque De Alba Brandy, and Dos Maderas Rum. Over the years, the company has grown to more than 1,200 acres of vineyards in Jerez and to include the largest bodega in Europe, with capacity for 60,000 casks of sherry and brandy. Dos Maderas is the worlds only double cask aged rum, an innovative two-step aging process to create a distinctively rich and smooth taste. Dos Maderas Luxus rests for ten years in the Caribbean (Guyana & Barbados) and then is shipped to Spain to age for an additional five years. Only 3,000 bottles will be sold each year as it corresponds to a craft product with a practically manual filling process direct from the casks and only slightly filtered.
NOSE….Subtle hints of vanilla, almond husk, tobacco and black tea.
PALATE….Strong, elegant entry, velvety and full-bodied.
FINISH….Lengthy, persistent, yet mellow aftertaste with hint of nuts
SERVING SUGGESTIONS….Best served in a balloon glass either neat or on the rocks. Also adds an extra touch of luxury as a mixer for traditional rum cocktails.